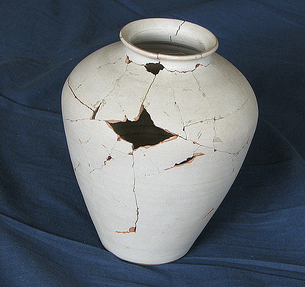 The symbol for the cinema has always been two masks, one smiling and one frowning depicting comedy and drama. One of the mainstays of both is misunderstandings and misconceptions. They fuel both comedy and drama and depending on the situation can lead to a funny or a sad situation.

Late 1970’s TV, a sitcom (situational comedy) called ‘Three’s Company’ staring John Ritter as Jack, Joyce DeWitt as Janet and that girl that posed in a bikini Suzanne Somers as Chrissy. Based on the British TV show called ‘Man about the House’, most episodes were based on misconceptions or misunderstandings. In season 1 episode 4, there is a scene where Jack and Chrissy are in the kitched with a puppy. Jack is playing with the puppy and says “…you like to have your belly rubbed?” as Janet is walking in the front room only to hear Chrissy giggle. Janet assumes that there is some hanky panky going on in the kitchen which leads to a funny situation.

The bottom mask in the symbol for cinema is the downside to comedy. Drama, symbolized with the frown. This is the dark side, or flip side of the coin. In William Shakespeare’s Hamlet, act 3 scene 4 we see an enraged Hamlet forcing his mother to see the ugly mistake of marrying her brother in law…”You are the queen, your husband’s brother’s wife”… and in a spat of rage, thrusts his sword into a tapestry where he thinks his evil uncle/step father is hiding only to find he has killed Palonius, father of Laertes and Ophelia. Laertes was a friend and Hamlet may have loved Ophelia. The damage done was devastating where Ophelia committed suicide while Laertes plotted to kill Hamlet. If you mix misunderstanding with rage, you get drama and situations based on those ingredients lead to damage and destruction. And anything broken can be fixed but it will never be the same again.

I try to let life teach me. One of my favorite sayings is …Life is not fair or unfair, life is. Everything that happens to you can be a learning experience if you analyze it.

I recently found that my only sibling, my sister, based on a misunderstanding and misconception mixed with hurt and rage and an unwillingness to fully understand has been living a lie. For over 10+ years she has lived with a terrible misconception and misunderstanding. Her unwillingness to clarify the situation has created drama, and coupled with rage, she has fractured our relationship. She has go so far as to erase me from her life and the life of her family. So efficient has her elimination of me and my family been, that I have no address, no email contact and vertually no way of trying to correct her misdoings. As Margaret Mitchell, the author of ‘Gone with the Wind’ so eloquently said “I was never one to patiently pick up broken fragments and glue them together again and tell myself that the mended whole was as good as new. What is broken is broken, and I’d rather remember it as it was at its best than mend it and see the broken pieces as long as I live.”

A relationship requires effort from both parties, and if one party refuses to extend any effort, there is no relationship.

Lesson learned, don’t allow half truths and misconceptions to fracture important relationships because like a vase that is broken, no mater how well you glue it back together, it will never be the same.

So my plea to those that may read this is, life is full of moments. Don’t waste time with hate and anger as they expend more energy and are more destructive than love. Try to fill your soul with positive moments and don’t allow misunderstandings and misconceptions to create destructive drama in your life.

I used to watch the TV show “Dirty Jobs” with Mike Rowe. His voice has been the narriator of many other TV shows, but he had a concept for a new show about the everyday worker. He had only envisioned a few episode and was suprised at how rapidly the show grew in popularity and the varied everyday jobs that were around. From working on a pig farm in Nevada to crawling in sewers, Mike saw America at its best. He did not see college educated people, but the people that make America work. From plumbers to butchers, even a cattle rancher that found a new way to sell pasture plop by filtering it, removing the moisture and forming it into pots for plants. Mike even went before Congress (https://youtu.be/p8Lk1KwWEMo) to promote trade schools over colleges. I remember when President Obama claimed he has skimmed money for ‘shovel ready jobs’ that were anything but ‘shovel ready’. Mike feals so strongly about this that he went and created an organization dedicated in promoting the skilled trades (https://www.mikeroweworks.org/)

So, lets look at what is happening in America today. More and more people being driven to go to college for a degree, racking up debt that the government took over, and these students can’t get jobs to pay back those loans. Look at the degrees that they are getting:

These are either useless subjects with most classes focused on propaganda or subjects so flooded that almost everyone has that degree. You could throw a rock and hit someone with a computer science degree. And the average student loan debt is approx $30,000 (https://studentloanhero.com/student-loan-debt-statistics/). But what is more needed, a plumber or a computer programmer? A welder or an actor? An auto mechanic or a graduate of gender studies?

I have to admit that I have watched way too much TV. I used to like watching the TV show ‘Frasier’. One of the episodes had Frasier and his brother Niles trying to fix a toilet, ( Season 2 episode 11). Niles is talking to the plumber trying to impress upon him discussing the Mercedes Benz that Niles drives. The plumber replies that he used to drive that model but it wasn’t big enough for his family so he bought the next bigger model. Even though that was a TV show, it does give the perfect example of what Mike Rowe is saying, that there are plenty of jobs available for people in the skilled trades. The pro college crowd looks down on the skilled trades, probably because there is less social engineering and propaganda in the trade schools.

Todays students would do well to learn not to buy something they can’t afford.

I still remember what I was planning to goto school for. I had planned to get a doctoral degree in Oceanography. I talked to a person that had a degree in Marine Biology that was the second night manager at a fast food restaurant. After a few years in College, I took some classes in a trade school. I used that training to get a job as a field service representative for a company. I might not make alot of money, but I have had steady employment for over 34 years. Had I chosen plumbing or welding, there is no telling how much money I would have made.

There is nothing wrong with ditch diggers, plumbers, electricians, mechanics or any of the many other skilled trades. They are needed and pay well. And you might avoid most of the political propaganda and student loan debt.